Our CT Scanner Campaign is £50,000 closer to reaching its £650,000 target thanks to a donation from Salisbury District Hospital’s League of Friends.

The organisation which runs the old fashioned-style sweet shop in the hospital’s foyer and receives donations from patients and their families, supports projects throughout the hospital.

“Often this is smaller things that we see as the icing on the cake to enhance the high quality care that the trust provides,” said chairman of the League of Friends’ trustees, Dr David Stratton. “But when the case was made about the need for a second scanner, the trustees were unanimous in their support and it became a big project for us.” 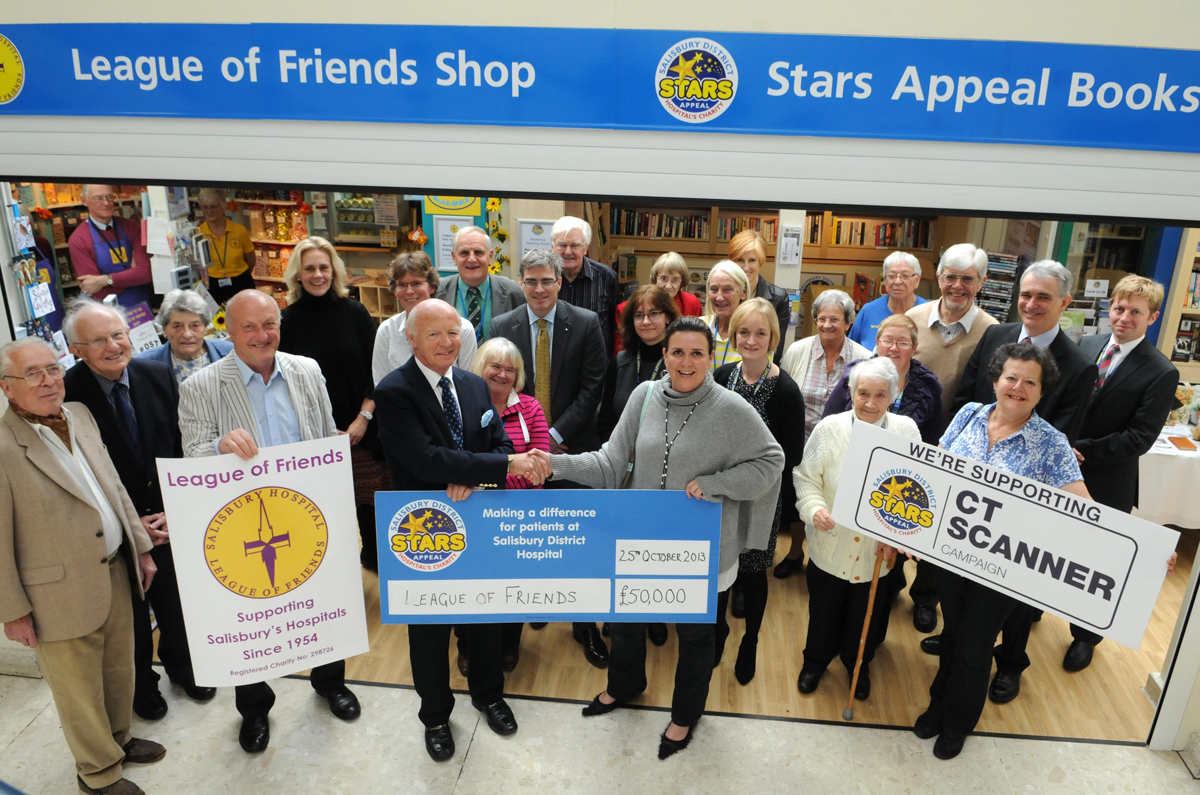 Dr Stratton, who retired as a Paediatrician at the hospital in 2006 said CT scans have brought huge changes to patient care. “Scanners have become critical to making life changing clinical decisions in almost every department of the hospital,” he said. “It is vital for stroke care, heart care, trauma care – from the tiniest babies to adult patients. Obviously this has put great pressure on the scanner and we need another. I have been thrilled by the response to the Stars Appeal’s campaign which has rallied the community. The Salisbury people who are raising the money are the people who will benefit from the second scanner.

The League of Friends was established in 1954 and has 30 volunteers who run the sweet shop.The trustees also work with families who want to make donations to support the hospital’s work. “It works both ways because of the excellent care the hospital gives, people want to give something back and we are able to channel that so that future patients benefit,” said Dr Stratton. “We now look forward to the rest of the money being raised so the second scanner can be up and running as soon as possible.”

Toddy Westropp, Chairman of the Stars Appeal said “We are hugely grateful to the League of Friends. Their continued support of our work is very much appreciated and this wonderful donation has made a significant impact on our target of £650,000 for the much needed second CT Scanner”.